Zimbabweans especially young people are not organized. Every political activity requires organization, small uncoordinated approaches to accountability will not be effective both at local and national level. This is what I told Ellaine Chiedza on her Youthful Voices podcast recently. My thesis is that accountability cannot be the trade for the selected few activists and civil society organizations, I believe that local authorities can only be held accountable by their constituency as a COLLECTIVE.

Identifying the problem is always the first step to take in any accountability endeavor, in the case of lack of transparency and accountability in local government structures this is now a known fact. Starting from a standpoint of a common agreement that business as usual is not the right business young people hada chance to mobilize their communities for accountability.

This organization should be inclusive, house owners, tenants, young professionals, students and everyone across the class divide should be part of a collective.

Citizen’s engagement with the budgetary process has been confined to consultations which local authorities often ignore in their final budget allocations. When the final budget is passed we have not seen adequate pushback from citizens whenever issues they have highlighted as priorities were not incorporated in the final budget.

We may not be able to follow the money through the administrative day to day expenditure I agree, however financial statements, audit reports and our own independent observations should be utilized to monitor and evaluate the utilization of rate payers and taxpayers’ money.

Auditor General’s reports have been effective in highlighting some of the irregularities in the utilization of ratepayers’ money. In 2019 when the auditor general’s reports for 2018 were released there was some traction with citizens questioning local officials on the raised issues however it has been noted that most local authorities do not submit their reports on time and parliament has not been doing enough to follow up on those reports.

Weeks after the reports were released the conversation on addressing issues raised by the Auditor General died out and people were back to business as usual. Accountability requires persistence, collectively citizens have not been consistent in seeking accountability and for that reason resources mismanagement and outright corruption has continued unabated within local authorities.

Parliament has the section 299 constitutional mandate to provideoversight on local authorities, the section reads as follows:

(1) “Parliament must monitor and oversee expenditure by the State and all Commissions and institutions and agencies of Government at every level, including statutory bodies, government controlled entities, provincial and metropolitan councils and local authorities, in order to ensure that- (a) all revenue is accounted for; (b) all expenditure has been properly incurred; and (c) any limits and conditions on appropriations have been observed.”

Understanding the political grandstanding and posturing in Zimbabwean parliament assemply, I believe that young people have to work on building working relations with parliamentary portfolio committees, specialized entities within the parliamentary set up.  In this set up the parliamentray portfolio committee on Public Accounts has a special role derived from the Standing Order No. 16 of the Standing Rules and Orders of the National Assembly which reads:

“There must be a Committee on Public Accounts, for the examination of the sums granted by Parliament to meet the public expenditure and of such other accounts laid before Parliament as the committee may think fit.”

The committee can summon anyone, investigate any reports of irregularities and recommend sanctions on anyone one found to be on the wrong side of the law. We have seen that local authorities have a culture of not submitting their reports for audit on time, the PPC on Public Accounts can summon local authorities which have not submitted their reports to explain and investigate the cause of non-compliance with laid down procedures. This has to be done with an intention on putting a cost on non-compliance and citizens have to be catalysts of that process.

With parliament and collective citizens putting their hands on the deck local authorities are left with lesser avenues to dodge accountability.

Concerns of transparency and accountability have been also raised in connection with the constitutionally mandated devolution. Some have highlighted that the government is hesitating to drive the implementation of devolution because local authorities are not transparent and accountable to their constituency hence if they are entrusted with more power and resources this will further the disadvantage of the people.

This is a valid concern however lack of transparency and accountability within the current set up is also a case of poor supervision by the Ministry of Local Government and Public Works. And since devolution is a constitutional requirement its implementation has to involve putting in place people centered systems of accountability. Built at the core of the new devolution accountability architecture should be a guarantee for citizens to access information from expenditure to other technical decisions by local authorities.

The full podcast can be accessed here 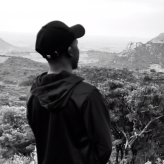 6 reasons why Zimbabweans should opt to study development studies.